And the result is astronomical = Minor Victories.

This new born remarkable sound is a combination of distortion noisy indie rock, orchestral interludes and a delicate sweet voice.

Definitely, Minor Victories is not only a great phenomenal sound but also a totally different way of doing music.

I had the chance to discuss with Justin Lockey, the initiator of this superband-project, who revealed the secrets of this original amazing collaboration.

How this adventure Minor Victories started?

It started with Rachel and me, our bands Editors and Slowdive shared both the same management, so when Slowdive came back and started tour again, the manager said -“you should probably get into Rachel because I think you are getting well together and make some music”

So, I sent her a track which on the record turn into Out to Sea and we started to exchange some ideas.

Then I went out to make another Editors record and Rachel went out touring with Slowdive.For Editors, we wanted a female vocal, so we got Rachel in and she said we really have to finish the record as this music is really good.

I said “ok let’s find someone else” and we contacted Stuart from Mogwai that Rachel met on festivals.So we sent him some tracks and he said he’d love to work with us. I also  contacted my brother, James, who does bass and drums.

So, we started with some ideas and we just end up making a record together. It was quite strange. At the beginning, it was only Rachel and me, then we’ve got Stuart and James, we started making music and we started to sound like a band and not like a project anymore. We did not expect to turn into a band together.

How do you communicate?

Everything over the Internet : email, Skype, phone, texts. Anyone having an idea, we run with it, sent to each other then all back to me and I put it all together in my studio at home. It just seems like a non-pressure easy way to work. All record came together, no stress at all, we all enjoyed and wanted to do this way.

Definitely, it is another way of doing music as usually first, we are already friends with people, we are hanging out, share experiences before starting a band. In our case, we did not know each other. I did not know Stuart and I didn’t really know Rachel.

It is a different way, special, we turn into a band almost after we did the record, it the reverse way of doing things. You start knowing people via music and communication.

Is it first time when you are doing music with your brother?

No, we’ve always played music together, usually do stuff like jazz, world music, but first time that we’ve worked together in indie rock area.

A friend of mine called Hazel has a band, Lanterns on the Lake, a lovely beautiful band and they did an EP about 5 year ago with the title Misfortune and Minor Victories.I thought it was a great title and I told her I will steal it one day. She said, no you can’t as we already use it but she heard the record and she really loved it, so she said Ok, you can have it.

How do you qualify the sound of Minor Victories?

It is a mix of lot of things but definitely it has his own sound, it is our record, we did not try to do a record of one of these bands that we are involved. People will say, it sounds like Minor Victories…I do not know, maybe it is a cinematic sound.

You used parts like symphonic orchestra, lot of violins, piano, how comes the idea?

Yes, I did not want to play guitar that much, I wasn’t in a guitar mood when I made this record and plus Stuart is a great guitarist, his sound is so big, so full. I did not think that it was any need for me to play guitar, so the things that I would do on guitar I translated to strings, pianos, to give it another texture and really important part of the sound is orchestral. It was a real challenge for me and I love this sound.

Would you decrypt 4 songs for me?

Give up the ghost

It starts with like a choral sound, a quiet sound and it was not going to sound like that. I had totally other plans for it, but when everyone started to put his part on, it was just emerged this big bold thing and I know it is going to be the opening track of the record.It just seemed like a good introduction, this kind of atmospheric sound, big drums then all puff …

It started just with piano and Rachel voice, like 2 minutes long and it really sounds beautiful. I just did some really soft strings, then I sent it to Stuart who extend it. He put some beautiful and delicate guitars but when I got it back, I wasn’t quite sure that it is so good as it could be so, I remade the entire thing, using the parts that we have already made, glacial guitars, Rachel’s piano and Rachel’s vocals and tried to do more of cinematic strings action and drums. For the intro, it was missing a really complex beat, so I did this.

I think it is the popiest track on the record, it is quite up but the lyrics are quite dark so you have a clash between the darkenss of the lyrics and this almost pop song, fuzzy pop.

It was started from Stuart with really rough guitar chords, and it turned into more of a story – it is good track to play live.

It is the track where we find all the elements of the record. So it was the first track that anyone really heard, it makes senses to play this one because it gives a hints of what happen in the whole record, got the strings, the guitars. Rachel’s voice is really clear, really big on it. It seems like a good introduction to the band and we really had fun making it.

And the video? The samurais?

Yes, I am highly influenced by Akira Kurosawa style, very clean, majestic, almost balletic style of his films and as it was our first video that really people will see, I thought well, I do not want to do a band in a room as we are not that kind of band, I thought to do an extension of our influences.

Tell me about the short films

Yes, films one, two, three, four …as there will be more … As I said before, usually first we are friends then we make a band and we do not have this.

The films are a kind of imagination of what we would be like if we knew each other before, a kind of filling in the gaps in a symbolic way:  how we formed this band, what we feel for, things that we like, more stories from each of people characters in the band, how they lived.

They are all very abstract in a way how we did it but I think in my head, when I write them they all make sense. Hopefully, by the end of the record they will all make sense to each other.

I draw a lot, sketch. I have sketch books with me when I make music and I draw a lot of geometric shapes with pencils. And that kind of cross, plus shape came out while making the record. It looked good to me and I felt right to use it for the record. 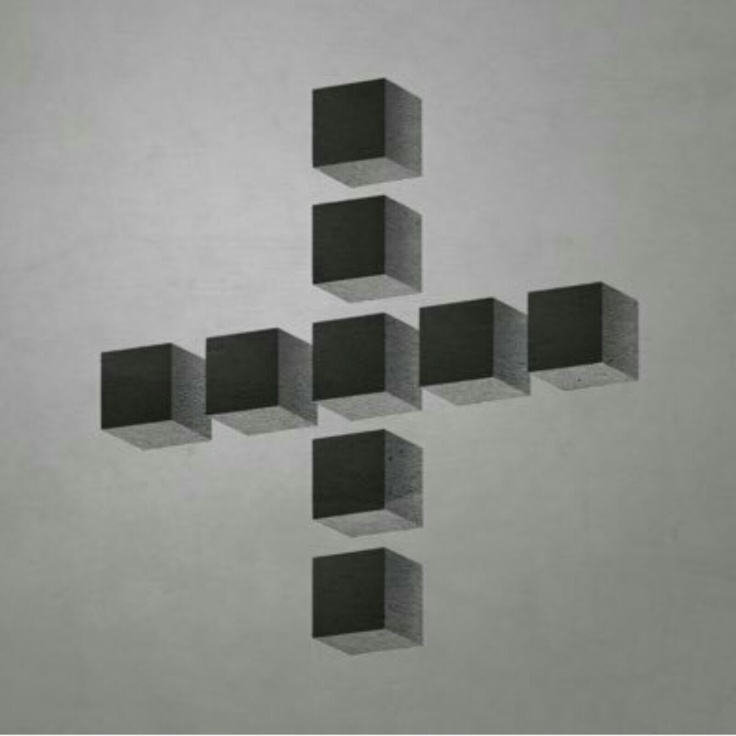 How will you manage with the very busy summer festivals playing between the Editors, Slowdive and Minors Victories shows?

We will be very busy. I’ll spend my life in hotels room and airports. We have a shared calendar and everyone knows where are the others at any moment. It’s is gonna be busy which is very fine.

What kind of music do you listen to?

I listen a lot of classical music because I play a lot of indie rock music, so I really do not want to listen to same kind of music that I play. You know, I tend to listen things that do not sound like the things I make.

What artist do you consider that had more impact on you as a musician?

Lots, so many… Pixies and Nirvana, stuff like that has a big impact when I was a teenager, then modern minimalist like Steve Reich, Phillip Glass, avant-garde kind of composers.

Debussy and Bjork, definitely a big influence too.It depends in what mood I am or on what I am working on music or films.

Do you plan to invest more in making films?

Yes, definitely I just need time, more time. I did these films for the band, and yes, eventually I have to break out into actual films. I already write, plan short films and features. But I am not in a rush. I will do when it is the right time.

Do you still have some materials with Minor Victories that you did not record?

Yes, in UK it will be a kind of bonus EP with orchestral variations of the songs.I took the whole record and started again, with orchestral mind set, totally different. No vocals, no guitar, no drums, just violin, woodwind, percussions. I guess we’ll do much more.

Minor Victories collaboration – Is this a new way of making music?

It is a great way of making music, nothing but positive experiences, a very good journey, it fits in the way how we work, in our stories. I’ll make a record like this every day of the week if I could. We had funny times, no pressure as no one expected it, so plenty of freedom.

And the result is really Fabulous.

The album is out now and we will have the occasion to see them on the road this summer.

In Paris, they will perform end of October 2016 at Pitchfork Festival.

Give up the Ghost