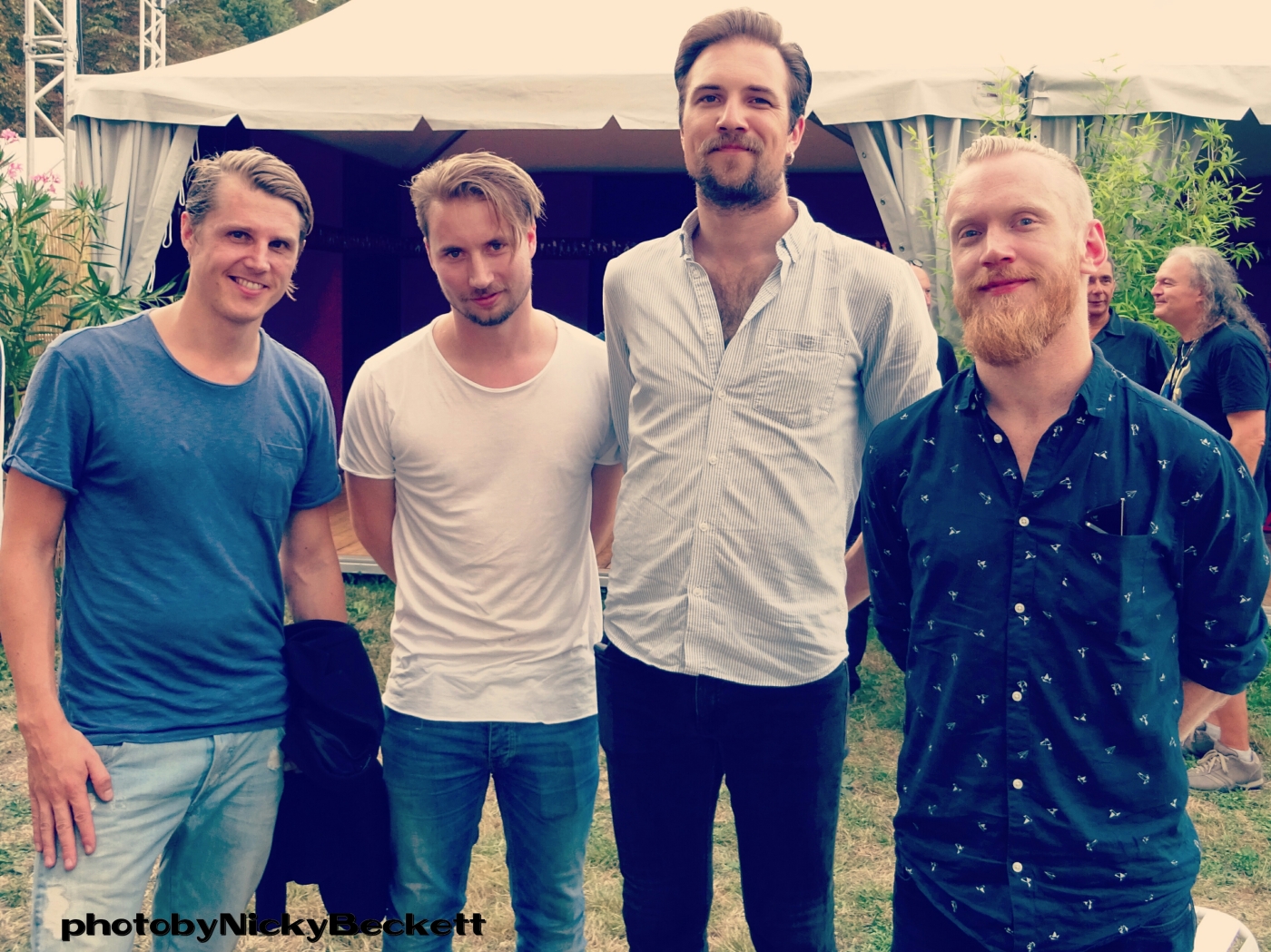 Delirious punk rock, pumping sound, raw energy, humorous lyrics…in a few words, this is Royal Republic (and nothing to do with any political meaning… )

The 4 super cool Vikings : Adam Grahn (guitar and charismatic singer), Hannes Irengard (guitar), Per Andreasson (drums), Jonas Almen (bass) acquired musical skills at Malmo Academy of Music, form the band in 2007 and since then, they are spreading positive vibes.

That kind of music that is sticking in your head after a few listening at a maximum volume, giving you a cheerful envy to party all night. That’s Rock en Roll Baby!!!

Their excellent performance at Rock en Seine was definitely one of my highlight of this year festival.

Just before the show, I sat down with Adam and Hannes and talk music, social media and other stories… 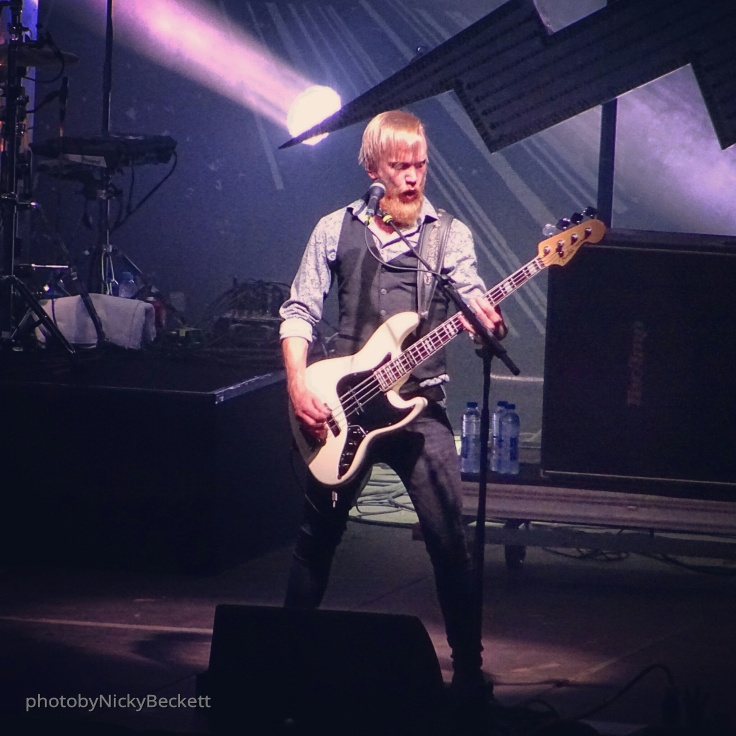 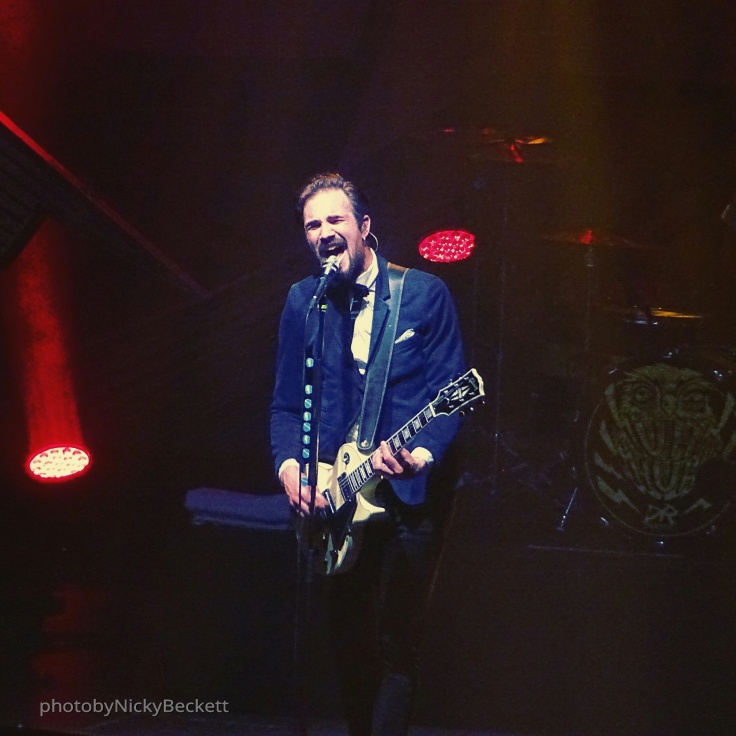 Could you please introduce your band, your music style?

Adam “Whatever wikipedia suggest, we will take. People ask us often how we will describe ourselves… we are not picky; we are not fancy about it.

A lot of bands will say : we play some kind of pre, new, post, past, liquid, generic etc.  kind of pop, rock but also kind of jazzy, free, it is really difficult … I mean there are so many sub labels of rock.

For us, it is just rock music, we just play ROCK MUSIC.

Hannes: “Anything from the Kinks, The Beatles to Michael Bolton” …

What can you tell me about your new album Weekend Man? How your music evolved since your first record to now?

Adam: “Hmm, I am not going to say that this album is a going back to the first one… but we really sat down and we wanted to get to the core, understand at what we are good, what is our best thing. So we started with the song “When I see you dance with another “, we felt like this is exactly what we are, what we do…and we started building around that song, finding songs that fit to it.

We are always trying to widen our horizons a little bit, not like changing but just broadening our spectrum.

We can write other type of songs like Follow the Sun, Any Given Sunday or American Dream, a little bit more lower dynamic and we want to make that a part of our sound.

You know, we wanted to be like Beatles in that way, writing anything from She Loves You to Helter Skelter or Yesterday, like having that freedom. This is our Goal.

Who is the Weekend Man?

Hannes “It is like a mystical creature, like a devil on your shoulders. Everybody has it – the bad boy in your head and body – that’s the weekend man”

What was the most difficult in your way to success as a band? An obstacle?

Hannes : “Writing this album, I did not say an obstacle, but it was really difficult.

Adam : “It was like the most vicious terrible thing ever …”

Hannes :  Yeah, it was really tough. It took like 20 months to get the songs together, there were times when we say: are we ever gonna make it? Is this going to work out?  But looking back it was completely worth it. You know, making an album it needs to take time to be completely satisfied. The album is done when everyone is really comfortable and happy with the result, which is the case right now, we are super proud of it …

How do you guys are working together? Jamming together in a room or more internet communication.

Hannes : “I wish we were one of these bands that just get together in a room and things happen but unfortunately we are not”

Adam : ”We are more like emails, drop boxes. Basically everybody is doing demos at home like their own songs, then we send them to each other. Sometimes it is ok, this is done, sometimes we sat down and we say let’s take my chorus with your riff…and so on.

Your lyrics are fun, joyful …, what is your message?

Adam “It is very much about how we like to make people feel.

Our main thing is that we know more about what we do not want to write…like we want to stay away from this. We do not know what we are doing but as long as we do not do this it will be fine…I am talking about I am so bad or I am so cool…

We try to get not so emotional, like for real. We can sing about emotions but we are usually trying to hide it somehow or to show it in a different way. We try to stay away from the worst clichés.

For lots of my favorite songs by other bands, I have no idea what they are singing about, I just love the song…

How is it touring together?

It sounds stupid, but It is not a better feeling then playing to people and seeing and hearing their reaction back – this is the best drug in the world, highly addicted drug”

How is the music in Sweden?

Hannes & Adam: “Horrible, we did not hear anything new to listen to lately.

Every week is just a kind of a pop hit, then everybody forgot about it then the next week there is a new one, and so on, but nothing really sticks.

Ghost, that’s a phenomenon in Sweden  in the last 5 years .

What about the French music? Do you know something?

Adam : “No, honestly, I do not know – you have a lot of domestic music, but not a lot of French music at international …

It is weird this thing of being a huge band in a country and completely unknown in another one, just a couple of km away. We toured lately with a band name Die Toten Hosen, they do football stadium in Germany, In Sweden they wouldn’t even fill a cafeteria, nobody knows them.

It is the same here, you have artists that fill Stade De France but in Sweden they will not sell 2 tickets as nobody knows them.

In Germany, we played the biggest festivals, big headline shows, then we go in Spain and we played for 200 people.

It is strange how music is still geographically disconnected in spite of Internet and everything. Music can still be stuck in one place….

By the way, what do you think about the social media in general? And about the impact  that might have on your music?

Adam : “We noticed that FaceBook was really growing for a while, we got new fans very quickly. Then Instagram came along and over pass Facebook and kids started to use snapchat…

Personally, I can’t stand social media. Looking at a screen like an idiot, scroll down to see what people are doing, I am not sure it is a good thing.

People get very self-oriented, it is all about what I do… showing I am doing this and that. People put an image of themselves: I am happy, I am having this healthy lunch then I am hanging with my awesome kid, it is a kind of pressure…for me is a very much like this … When I go off stage, when I go home, I want to go away, I do not want to keep an upper face, I just want to look shitty, I do not want to do my hair.

But for a band it is important, you have to do it, it is really great to stay in touch with our fans, it is a good thing for music”

Hannes  “It is like a fan club. I remember writing letters to fan clubs when I was a  kid to Nirvana or Guns N Roses for example, and waiting for weeks to get an answer and to get finally, a booklet, a photo with a fake autograph which was awesome .Today we have FaceBook instead. It does the same thing it feels like personal.

It is a necessary evil. You have to do it”

Then we have a small break and then we start the European tour in October. We will be back in France in March 2017 ”

What do you expect from the French public?

Adam :”I do not know. it’s been a long time. We are hoping for the best but you know we always plan for the worst.

But it’s been always good in France. Last time, it was in 2014 at La Maroquinerie. We played a tiny acoustic show there and it was an amazing night. I hope nobody forgot about this”

Do you plan another acoustic album?

Hannes “Someday but let’s do not think about this now but it will be another acoustic album but I’d say we need at least another proper studio album before another acoustic one. It was really fun to do it, we had awesome time so for sure we will have another one”

Let’s talk about fashion. How do you choose your outfit on stage?

Adam “For a long time, we were playing kind of safe, like a black T-shirt, black jeans, like this nobody get pissed and it looks all right.

But, we felt like we would love to spice it a little bit. I mean people pay 30 euros to see us, they should get a suit. I like the feeling of dressing up a little bit before going on stage, it gets me in the mood, so I said ok, let’s do this.

I tried a cravate, a scarf but this kind of a cravate with 2 ribbons that I am wearing, I found  it a little bit humorous…like TADAAAM !!!

In general, particularly in the last years I get more interested in fashion, sadly my economy does not allow me to completely track it down because if you really want to have cool stuff, you have to spent, you know … we’ll see” 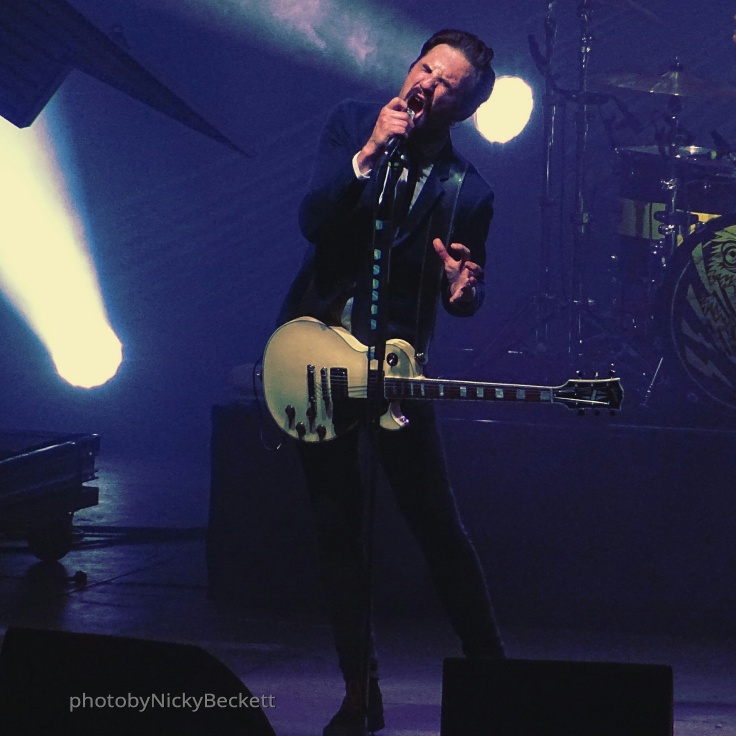 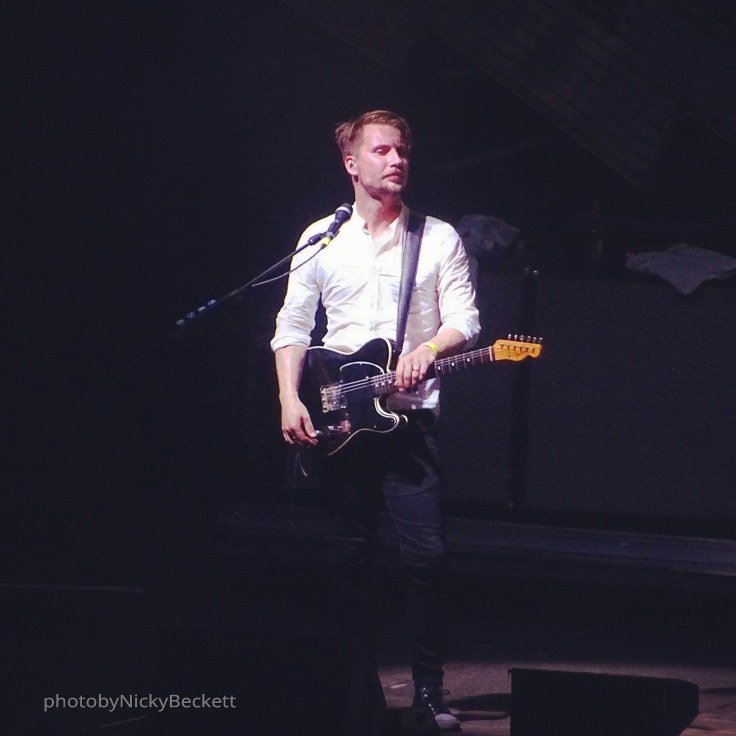 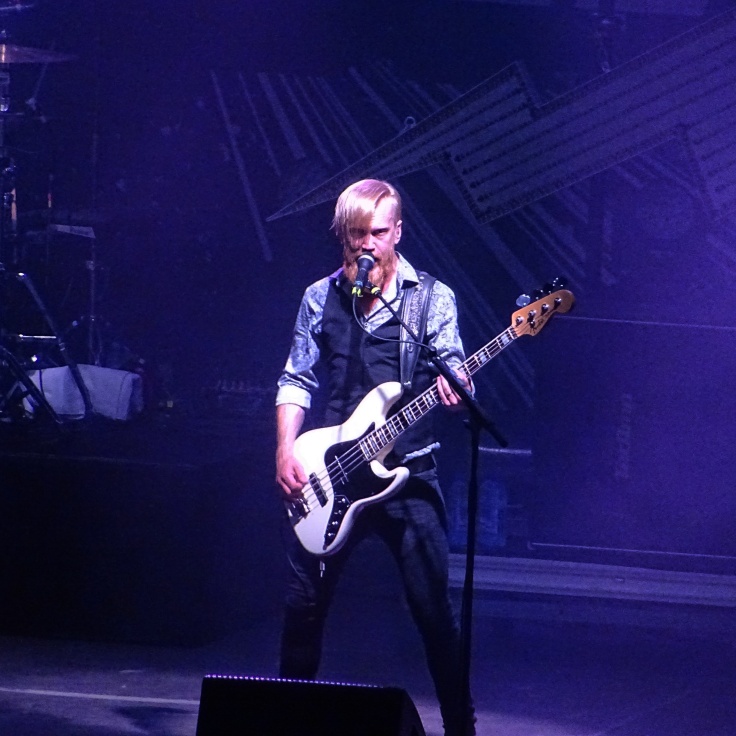